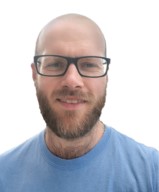 John Aspinall is born and bred in Gateshead. Originally from Felling, he moved to the west of the borough 4 years ago and currently resides in Greenside but will be moving to Chopwell in the coming months. He has taken part in tree planting, litter picking and other community activities in Greenside and plans to continue this community work in Chopwell.

John says:
“I am standing as a Green Party candidate because we need fresh voices and green views on the council. For too long Gateshead council has been dominated by Labour and with the current Climate Emergency as well as social injustices and fuel poverty on the rise, we need independent voices on the council able to speak up for local people, communities and the environment.” 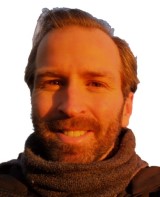 Thomas Newell has lived in the Chowdene ward for 8 years, and the North East for 14 in total.  Raised in Aberdeenshire he currently works as a Project Manager for Savills Property Management.
Tom says:
“I am standing for the Green Party in Gateshead as I believe in equity to evolve and progress as a society.  Without equity we cannot look after all members of society and the environment.  Equity promotes fairness and justice.
Locally, I wish to help members of the local community to access this fairness and justice as well as preserve and look after the local geographical area.” 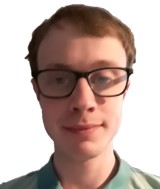 Jack Philipson has lived in Crawcrook almost his whole life, apart from time spent studying environmental science at Sheffield Hallam University. In his spare time he likes to walk in the surrounding countryside and wants to help preserve it for future generations to enjoy.

Jack says:
“I want to represent Crawcrook and Greenside to stand up for local residents and the environment. I’d also like to try to improve road safety to keep our villages walkable and bike friendly. I think the Green approach to things is better than any other party and I hope voters agree.” 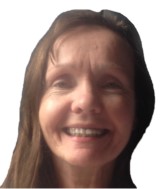 Mary Blanchflower is a proud Geordie who has  grown fond of the area of Dunston and Whickham over the 31 years she has lived here. She has been a member of Dunston Family Church during that time and a brownie guide leader at St Nicholas Church  for over 20 years.
Mary says:
“I am passionate about our environment and have been involved in many planting projects to help restore the balance in nature . I plant & maintain the flower beds in front of The Crescent Shops and most at St Nicholas Church and at  our Activity Centre.  I also want to help local businesses and the jobs they provide .
I encourage the use of our local amenities be it the shops, leisure centres, parks, library  and outdoor spaces.
I am keen to keep our footpaths into the countryside open even after there has been any house building.
Can I count on your support?“ 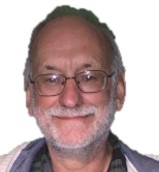 Andy Blanchflower has lived in Dunston for decades and you may have seen him doing his lock-down walks all over the ward.  Over the years he has been involved with Dunston Community Centre, the Family Church and recently Greening Dunston to plant more trees.

Andy says:
“We need to bring more jobs back here, and I think that can come about if the revival plans for the Staithes are taken forward bringing in visitors.  I still remember the 1990 Garden Festival revival. I hope I can count on your support.” 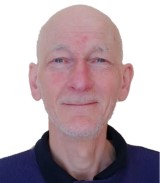 Campbell Grant has lived in Gateshead for 30 years and works for a regional youth work charity.
Campbell says:
“I’m standing for election in Felling because I want everyone to have the opportunity to vote Green.  If elected, my priority would be to listen to what Felling residents have to say and to work hard to find sustainable solutions to the issues raised.  We are increasingly going to need resilient and supportive communities, and I want to help build them in Gateshead.  Most recently my community involvement has been tree planting with Living Woods North East in Whitehills.” 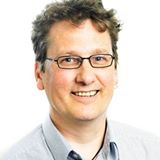 Andy Redfern has been involved in Green politics for 10 years in the North East of England. He stood as the Green Party candidate for Gateshead in the 2010 and 2015 General Election. His passion is to fight for justice for the poor and the marginalised in the UK and around the world. He was International Director for Team Valley-based fair trade company Traidcraft plc for 8 years and a founder director of Ethical Superstore. He is an experienced online and offline campaigner, and supported the Green Party nationally in creating the http://www.canivotegreen.com/ website for the Euro Elections 2014.He is a keen supporter of sustainable transport and was a founder director of the innovative Valley Links Community Interest Company that has successfully campaigned for better transport links to and from Team Valley. He is married with five children and live in Lobley Hill, Gateshead.

Andy says:
“I am standing for the Green Party in Gateshead because I believe that we can make a genuine difference to the lives of ordinary people. Austerity has hit people in Gateshead badly. Swingeing council cuts as central government has withheld funding mean that people pay more for less services. Access to the NHS has been made harder as waiting times and waiting lists have increased. The local transport system is now more monopolised than when it was run by local councils. Job losses have hit the area hard, and the new jobs being created are low paid with minimal job security, often on low or zero hour contacts. And for those in work, who has seen a pay rise recently?
The Green Party will make a difference and I want to be part of that solution. We will renationalise the railways and look to overhaul how public transport is run across the country. We will invest in public services and turn around the privatisation of the NHS. Neither Labour nor the Tories can offer the poor, the marginalised, the low paid, the sick or those with disabilities anything other than more of the same. I don’t want to live in country where the universal safety net of welfare and medical treatment has more holes than it has netting. I am proud to be Green working with both people and planet.” 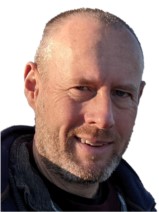 Mark Gorman has lived in Bensham for 30 years and he and his family are currently in the process of moving to Low Fell. He is an analytical manager in the NHS, a CIPFA accountant and is hoping to complete his MSc in Health Economics this year.

Mark says:“I am standing for the Green Party as I am committed to the ideals of a fairer more equal society, respect for the environment and promotion of the welfare of animals in the food industry. Locally I would like to see more support for ordinary people and businesses to reduce their reliance on carbon based fuels, safe routes to enable more people to walk or cycle and easy access for all to shops, services and essential amenities. I would also like to see a safe and clean rubbish free local environment and green spaces that promote a sense of pride and wellbeing in our communities.”

Born in Jarrow, Paul McNally has lived in the Derwent Valley Area for over 25 years. He is a professional Architectural Technologist and Designer and have worked with many local Practices over the last two decades, and qualified as a teacher in the Life long learning Sector. His expertise in these areas, and the focus of his work is in sustainable construction and technologies. His career to date has been moulded with a philosophy – a belief in responsible, sustainable and environmentally conscious practice and I continue to adopt these principles within my work and teaching.

Paul says:
“I was born in the North East and have lived in the Blaydon area for 25 years, raising a family of two. My profession is Architecture, with a focus on sustainable development. As a passionate campaigner for the environment and our natural heritage, I’m aware of the pressures placed upon our green spaces, the needs of residents and the quality of life that consideration for both can offer. We witness the rapid decline in health care for both the young and the elderly, the dismantling of our NHS and community facilities. Why are these vital ingredients of our society always the target for dissolution? Public transport is an important issue for local people, and a vital element in tackling pollution and climate change. Only a party with genuine social and environmental responsibility will have the vision to create an efficient, integrated and affordable transport network. Only the Green Party, I believe, has the compassion, the moral integrity and the vision to construct, nurture and maintain these vital environmental and communal resources.”

Alan Price only joined the Green Party within the last twelve months, so is still stunned to find myself standing for Gateshead Council. He’s been interested in Green issues for a long time, and actually attended one of the Gateshead meetings years ago, when fracking was in the news

Alan says:“As a trained Geologist, I know that fracking in the North-East would be a disaster due to the instability which exists under our feet caused by old mine workings, because fracking is known to cause earth tremors.  Over the last fifty years or so, Gateshead Council has demolished seven pairs of semi-detached houses in Wardley alone due to mining subsidence.“ 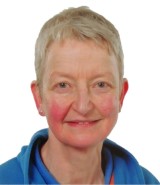 Ruth Grant has lived in Gateshead for 30 years.  She has been involved in the local community, serving as a governor at Larkspur Primary school and has also recently been doing tree planting in Whitehills.

Ruth says:
“I am standing for the Green Party to give residents in the ward the chance to vote Green so that we can work for a resilient and sustainable community.”

Scroll back to top